The COVID-19 pandemic has once again demonstrated that mankind is a community with a shared future that shares weal and woe. Only with solidarity and cooperation can the international community prevail over our common enemy and safeguard the planet.

2269 Views | the publication reaches you by | The Bulgarian Business Club

BEIJING, March 26 (Xinhua) — Chinese President Xi Jinping Thursday called for a resolute all-out global war against the COVID-19 outbreak as leaders of the Group of 20 (G20) convened an extraordinary summit to coordinate multilateral response to the pandemic.

“It is imperative for the international community to strengthen confidence, act with unity and work together in a collective response,” Xi addressed the summit via video link in Beijing.

Calling major infectious disease the enemy of all, Xi said the international community must comprehensively step up international cooperation and foster greater synergy so that humanity as one could win the battle against the COVID-19.

The summit came as the global death toll from the COVID-19, an illness caused by novel coronavirus, has climbed over 21,000 and the number of infections has surpassed 480,000 as of Thursday, according to a count by Johns Hopkins University.

This is the first time for the leaders of the world’s 20 major economies to hold a summit online since the mechanism, which used to only gather finance ministers and central bankers, was elevated to be the world’s premier platform for international economic cooperation in 2008.

Stressing the outbreak is spreading worldwide and the situation is disturbing and unsettling, Xi called on countries to move swiftly to stem the spread of the virus.

He proposed that a G20 health ministers’ meeting be convened as quick as possible to improve information sharing, strengthen cooperation on drugs, vaccines and epidemic control, and cut off cross-border infections.

Xi also proposed a G20 COVID-19 assistance initiative for better information sharing and policy and action coordination with the support of the World Health Organization (WHO).

Guided by the vision of building a community with a shared future for mankind, China will be more than ready to share its good practices and provide assistance in its capacity to countries hit by the growing outbreak, he said.

The summit was chaired by Saudi Arabia’s King Salman bin Abdulaziz Al Saud. The kingdom, which holds the presidency of the G20 this year, said it organized the extraordinary meeting to advance global efforts to tackle the pandemic and its economic implications.

The leaders of G20 members were joined by their counterparts from some invited countries, including Spain, Jordan, Singapore and Switzerland, as well as the United Nations, the World Bank and other international organizations, and the chairing states of some regional organizations. 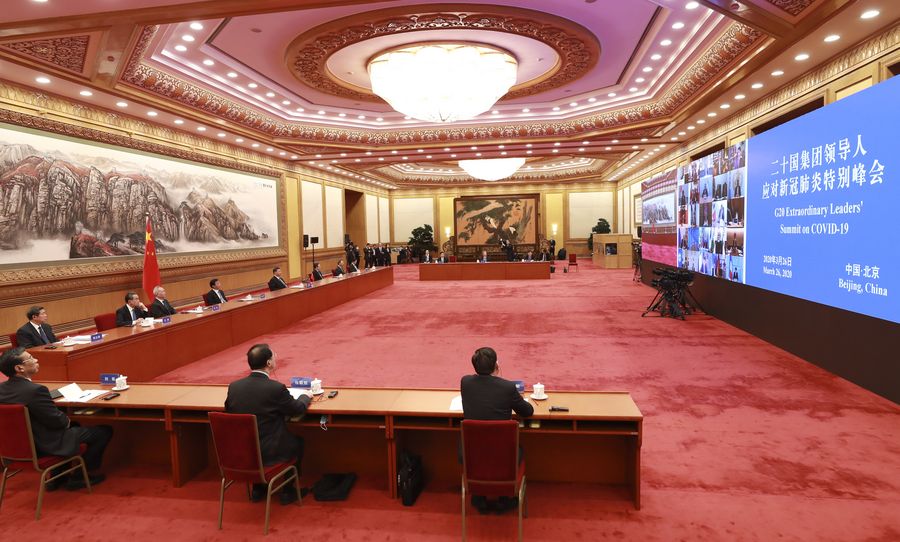 During his address, Xi called on countries to make a collective response for control and treatment at the international level.

China has set up its online COVID-19 knowledge center that is open to all countries, said Xi.

He said it is imperative that countries pool their strengths and speed up research and development of drugs, vaccines and testing capabilities in the hope to achieve early breakthrough to the benefit of all.

China supports WHO in leading the global efforts to develop science-based and proper control and treatment and minimize cross-border spread, said Xi, calling on G20 members to enhance anti-epidemic information sharing with the support of WHO and to promote control and treatment protocols that are comprehensive, systematic and effective.

He called for a high-level meeting on international public health security to be convened in due course.

Leaders of other participating countries and organizations agreed that the fast-spreading outbreak not only severely threatened international public health security, but also cast a huge shadow over world economy, finance and politics.

Facing the common crisis for humanity, no country can keep itself away from the spread of the virus, leaders said, calling for solidarity and more swift and concerted efforts than ever.

“The summit has released a strong signal of unity and coordination among the G20 members,” Vice Foreign Minister Ma Zhaoxu said Thursday night, adding that all sides voiced commitment to enhancing cooperation to jointly tackle the crisis.

The outbreak has disrupted production and demand across the globe and forced hundreds of millions of people around the world into home isolation.

Countries need to leverage and coordinate their macro policies to counteract the negative impact and prevent the world economy from falling into recession, said Xi. 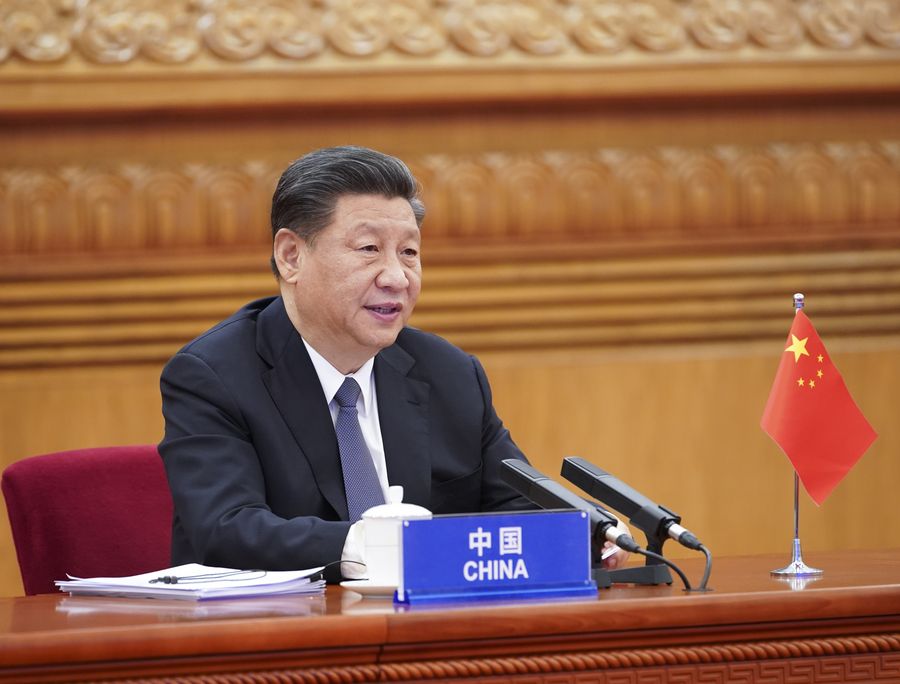 “What China will do in this regard is to increase its supply of active pharmaceutical ingredients, daily necessities, and anti-epidemic and other supplies to the international market,” said Xi, adding that China will continue to advance reform and opening-up and contribute to a stable world economy.

Xi called on all G20 members to restore confidence for global economic recovery by cutting tariffs, removing barriers, and facilitating the unfettered flow of trade.

Comprising 19 countries plus the European Union, the G20 members account for about two thirds of the entire human population and some 86 percent of the gross world product.

Leaders agreed to take effective fiscal and monetary policies, ensure global industrial and supply chains stable and strive to reduce the damages caused by the pandemic on world economy.

Ruan Zongze, executive vice president at the China Institute of International Studies, said Xi’s remarks at the summit has infused confidence in the international community as the situation in China is moving steadily in a positive direction after a strenuous struggle with targeted measures.

On the other side, China’s promise to provide countries with urgently-needed medical supplies, impose no limitation on export and safeguard the stability of industrial and supply chains will also inject vitality into the world economy, said Ruan.

The Power Of Burger King’s Impossible Whopper In 2019 | Forbes

The editorial staff of Bulgarian Business Club would like to give all of its readers from Bulgaria and the whole world the opportunity to participate actively in the development of the website! If you have something interesting, fun, scandalous - just something worth to be seen from more people. Capture it and share it in the Bulgarian Business Club with a short text.

Do you have information you want to reach our readers?

The Arab states of the Persian Gulf are the seven Arab states which border the Persian Gulf, namely Bahrain, Iraq, Kuwait, Oman, Qatar, Saudi Arabia and the United Arab Emirates (UAE).This excludes the non-Arab state of Iran. All of these nations except Iraq are part of the Gulf Cooperation Council (GCC).